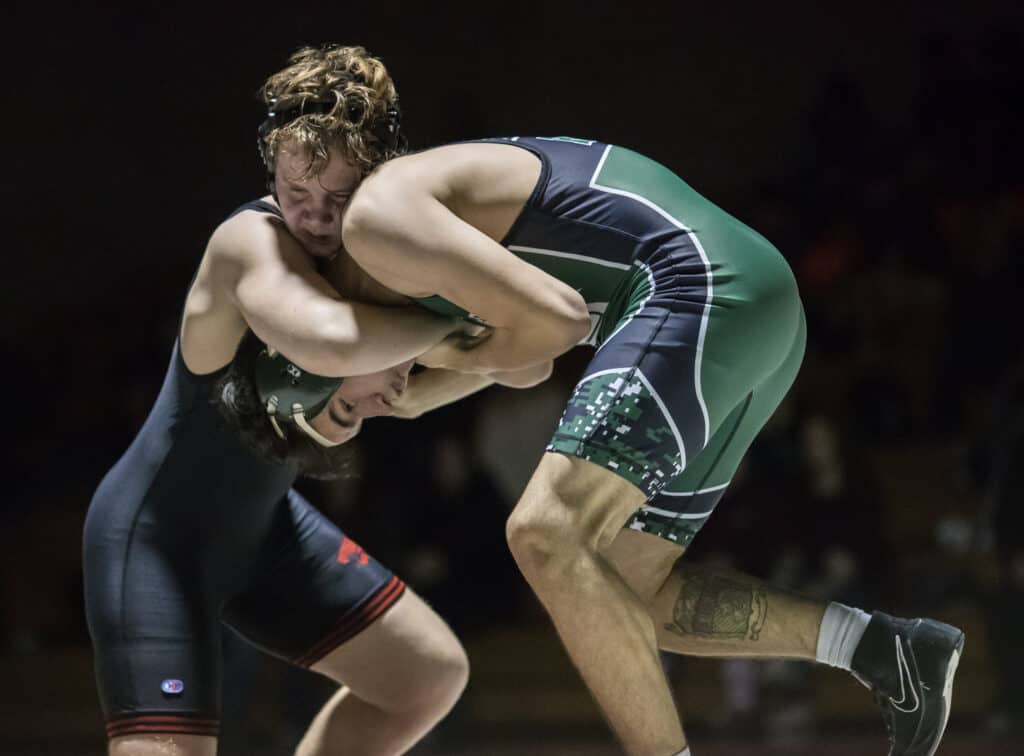 If you’re on the taller side, you might wonder if tall people are at an advantage or disadvantage in wrestling. The good news is that you can become a great wrestler no matter what your height is. The bad news is that there are some definite drawbacks to being tall and some for being short, and you’ll have to adjust your fighting style to take advantage of your strengths.

Height matters in wrestling, and can be both an advantage and a disadvantage in wrestling. Taller people are sometimes slightly weaker than shorter people in their weight classes, but they have other advantages. Shorter wrestlers also have a lower center of gravity. Learning to work with your height will help you develop your own wrestling style.

This article will help you learn how to wrestle no matter how tall you are. As long as you stay aware of your strengths and weaknesses, you can become great at all styles of wrestling including folkstyle, Greco Roman, and freestyle wrestling.

There’s no real “average” height for a wrestler, but you’ll find that most fall somewhere between 5’8″ (1.72 m) and 6’2″ (1.87 m). Unlike other sports where there are clear benefits to being tall (like basketball) or short (like gymnastics), there is no clear-cut advantage to being either in wrestling.

However, that doesn’t mean that height doesn’t make a difference. Wrestlers need to develop a technique that plays to the strengths of their height while defending their weak spots.

But what are the advantages and disadvantages of being tall?

Advantages of Being Tall In Wrestling

Tall wrestlers have one distinct advantage: a longer reach. Tall people have a lengthier wingspan, or longer arms than shorter people, meaning it’s much easier for them to push an opponent away or grab them from a distance.

It’s also much harder to throw a tall person. If someone throws themselves at you, simply sprawl out and use your significant leverage to pin them down.

All in all, there are several reasons you’ll be happy to be tall as you continue with your wrestling training. That said, just as there are significant advantages to height, being tall can also hinder you in ways you don’t expect.

Disadvantages of Being Tall In Wrestling

Being tall won’t automatically make you a stronger wrestler than a shorter person, however. In many ways, being tall can actually be a disadvantage.

For one thing, taller people generally have lower bone density than others in their same weight class. That means that, as a rule, they’re weaker than someone who weighs the same amount as them. For example, if you are a lean 180 lbs at 6 foot 5 inches tall and you are wrestling a lean 180 lbs wrestler who is only 5 foot 10 inches tall, then they likely have more muscle mass than you do.

While tall people’s long limbs give them a much longer reach, it also leaves their legs more vulnerable to hits. It’s harder to defend your legs in general, so the gangly legs of the tall wrestler make an excellent target for the short wrestler. There’s nothing you can do about these height disadvantages other than developing a wrestling style that helps you defend yourself better.

The key is to know what the strengths and weaknesses are for your body type so that you can alter your wrestling technique depending on who you are.

Tall wrestlers must tailor their wrestling style to their height. If you’re a wrestler that’s well over 6’ (1.82 m), here are some ideas for how you can fine-tune your wrestling strategy:

Of course, being short has its own set of advantages and disadvantages as well. Let’s look at some of the ways that being short will affect your wrestling strengths and weaknesses.

Advantages of Being Short In Wrestling

One of the key advantages of being a shorter person is that they tend to pack a lot more power. Their bone density and muscle density are much greater than that of a tall person, so they are usually a bit stronger than a tall person who weighs the same.

Smaller people also expend less energy at a time, meaning they won’t get tired as quickly and will last a tiny bit longer in a fight. Because of their greater bone density, a short person is a little less likely to break their bones than a tall one. Shorter, stouter limbs just won’t break as easily. You will also have a lower center of gravity which can come in quite handy.

That said, there are disadvantages to being short as well. Read on to find out what they are.

Disadvantages of Being Short

While shorter limbs aren’t easy to break, they don’t give you much of a reach. You’ll have a much more difficult time throwing your opponent if you’re short since a tall person will be able to stop you in your tracks.

If you’re a shorter wrestler, try to stay away from throws, while concentrating on your taller opponent’s legs. Don’t let yourself get too far away from them. Instead, your best bet is to stay close and back off whenever they sprawl.

Height makes a difference in wrestling at all levels. There are advantages and disadvantages to being both tall and short, and it all comes down to how you develop your fighting style to your strengths and weaknesses.

With these tips, you will be able to modify your wrestling technique so that you are capable of winning every time.