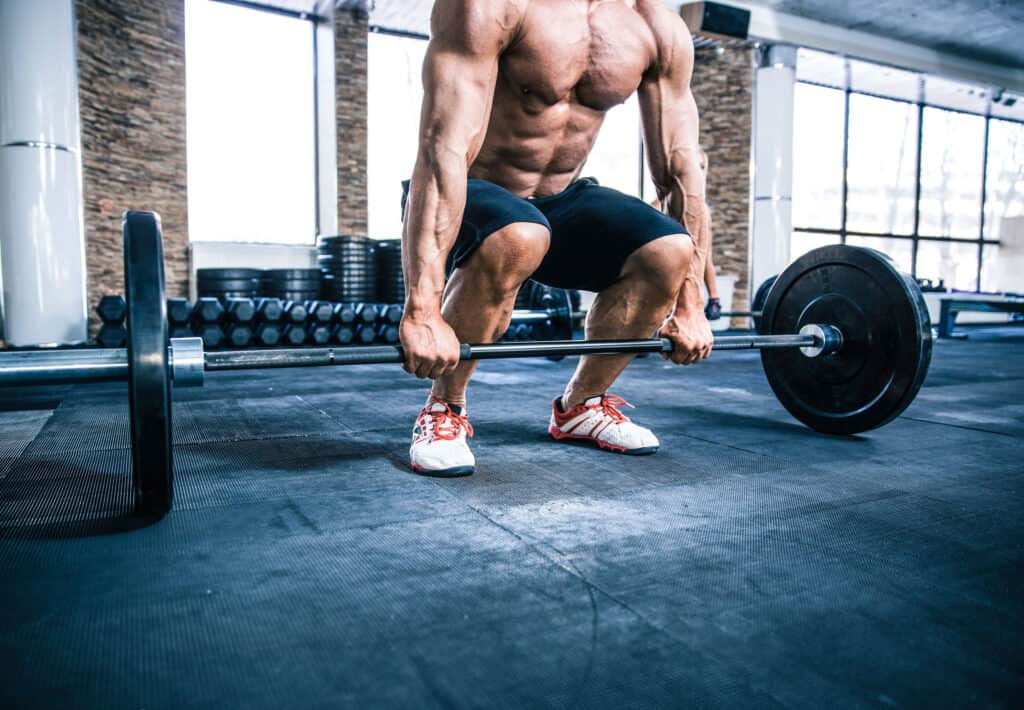 One of the main reasons so many people got into BJJ was from watching Royce Gracie in the early UFC’s. After all, there was undoubtedly something amazing about watching a guy submit opponents with relative ease who easily outweighed him by 5o lbs. This went on to promote BJJ as the ultimate martial art where a smaller guy could beat the larger stronger guy. But does this mean that size and strength don’t matter in BJJ?

Of course size and strength matter in BJJ. If size and strength did not matter then there would be no need for a weight class in BJJ would there? The truth of the matter is that if skills are equal the larger and stronger grappler will usually come out on top.

That said, you might have noticed that I said if two BJJ players were of equal skill. So obviously skill also plays a major role as well. In fact, I think I can comfortably say that it plays a much bigger role than strength and size. But there is a point where someone is so much bigger and stronger than you that your skills will probably do little to change the outcome.

Proof That Size And Strength Matter In BJJ

A good example of this is a video I watched of Hafthor Bjornsson rolling with a BJJ black belt. Hafthor was simply too big and too strong for the black belt to use his skills effectively. That said, Hafthor might be the strongest man to ever walk this green earth so you have to take that info with some understanding.

After all, he is six foot nine inches tall and weighs 400-450 lbs depending on the time of year. He is also the winner of the world’s strongest man in 2018. He has also deadlifted 501 kilograms or 1105 pounds. So yes he is an extreme example but he does prove that strength and size matter in BJJ.

Here is the video from Hafthor’s youtube channel if you want to check it out.

Skills Vs. Size and Strength In BJJ

Alright so like I said, the Hafthor Bjornsson incident is a pretty extreme example but I have seen less extreme examples in real life as well. That said, I have also seen the exact opposite where some big 230 lb bodybuilder comes to class and gets easily tapped out by someone 150 lbs.

I have some personal experience with this myself. Before getting into BJJ I was a personal trainer and had been very into lifting weights for about ten years. I am about 6 foot 3 inches tall and weigh about 190 lbs if I am very lean. So yeah in the bodybuilding and powerlifting world I’m not what you would call a beast.

That said, I think it is safe to say that I am still bigger and stronger than 90 percent of the population. When I first started training BJJ I was able to use my strength and size to my advantage over guys smaller than me who had been training for a year or even a few years.

At the same time, I also get my butt kicked by a 16-year-old at my gym on a regular basis who is 50 lbs lighter than me. My size and strength were not as effective against the higher belts unless they were way smaller than I was. When I say way smaller, I think would only be talking about women and children at that point.

So at the end of the day, I would have to say that skill is more important than strength and size in BJJ. But there is a point where an extreme is so large that your skills are not able to overcome an opponent’s size and strength. I know it is not what a lot of people want to hear but it is the truth.

There is truly an unbelievable advantage that BJJ can give you over an opponent. But if you are hoping it will give you magical powers or turn you into a superhero then your hopes are probably a bit too high.

Why Strength and Size Matter in BJJ

Size and strength matter in BJJ for the same reasons they matter in all sports. Simply put being bigger and stronger than your opponent gives you a physical advantage. It really is as simple as that. Now, of course, there are many other physical advantages one could hold as well.

A few good examples would be your cardio and flexibility. At the end of the day, you need to think about your whole BJJ game. You need to work on your technique as well as training your body to become an athlete. That is at least if you are looking to get serious about BJJ.

Of course, when I say bigger and stronger I do mean putting on more muscle. I do not mean going to town on some ice cream just so that you can get bigger. Instead, focus on becoming a bigger, faster, and stronger athletes.

With the exception of perhaps Marcelo Garcia just about every high-level grappler does some level of strength training these days. But perhaps you are not really looking to get into high-level grappling and that is perfectly ok. The fact of the matter is that being strong and athletic will also give you an advantage in the event of self-defense as well.

I think it is crazy when people who want to learn self-defense do not take into account their physical strength and athletic ability. Once again technique and skill are extremely important but don’t neglect how much getting stronger and more athletic can help you in a self-defense situation.

One thing that truly drives me crazy about many of the popular fitness gurus out there is that many of them think that if everyone just trained as hard as they did then everyone would get huge and jacked as well. Despite the fact that many of those people are on some form of performance-enhancing drugs, not everyone has the genetics to be a big strong person.

Take it from me as someone who has trained 100s of people, not everyone who trains hard and eats right is going to get huge and jacked. Your genetics play a huge role in just how much muscle mass you can naturally put on your body. That said, everyone does have the ability to get stronger than they are today.

Not everyone in the world can be a Hafthor Bjornsson but they can become a stronger version of themselves. So don’t get worked up about how big and strong you can get just get stronger.

In addition, there are also great resources and BJJ instructionals online to specifically geared towards how smaller BJJ players can defeat bigger stronger opponents. One example of this is the How To Beat Bigger Guys: Guard by Bruno Malfacine.

Like I said earlier, skills are the most important part of BJJ. You might not be able to put on an extreme amount of muscle but you can get stronger and increase your knowledge of BJJ. Your skills and knowledge still give you your best chance of being able to defend yourself against a much bigger and stronger opponent.

Hopefully, this post did not get you down. My goal is not to discourage anyone but to not give them a false or unrealistic sense of security. Whether you are looking into BJJ for self-defense or for sport, the skills you learn can take you a long way. Thankfully, if you are simply looking to get into the sport of BJJ you will always be competing against people your size anyway.

On the other hand, if you are looking for ways to defend yourself then learning BJJ is one of the best things you can do. With enough skills, a smaller person stands a much better chance of defending themselves against a larger aggressor in a real situation.

That being said, don’t underestimate how much strength and size play a role in a physical altercation. You might not be able to put on 30 extra pounds of muscle but you can certainly become stronger. Adding just a few days of strength training is enough to make some major differences.

Not only will it help your BJJ game, but it is also good for your mental and physical health. There are a ton of positive benefits of lifting weights whether you are an athlete or not.

Why Size and Strength Matters Even In Lighter BJJ Weight Classes

The only reason I could think of someone not wanting to get bigger for BJJ is that they want to stay in a certain weight class. This is totally understandable. After all, if you are serious about competing then you are only going to be competing against people in your same weight class right?

Well yes, that is true but I would at least make sure that you are not carrying any dead weight. I’m not saying you need to have ripped six-pack abs but if you are carrying around an extra ten to twenty pounds of fat that you could lose then you should probably try to diet down some.

Even though you are trying to get into a smaller weight class you should still be focusing on being as big and strong for that weight class as you can. Imagine how far that extra ten pounds could go if it was muscle instead of fat. My point is that being fit, athletic, and strong is always going to be an advantage to you.

That said, if you are already in good shape and think you are in the right weight class then stay there if you want to. Just don’t underestimate how much being in shape will affect your performance.

Though size and strength might not be as important as skill and technique, it is still a major factor in your BJJ performance. So yes, size and strength do matter in BJJ. In fact, they matter quite a lot if you ask me.

With that in mind, make sure that you incorporate a strength and conditioning program to go along with your BJJ training. Not everyone is going to be able to put on the same amount of muscle but everyone can get stronger.

So don’t let all the little thoughts distract you and just focus on getting a little better and a little stronger every day.