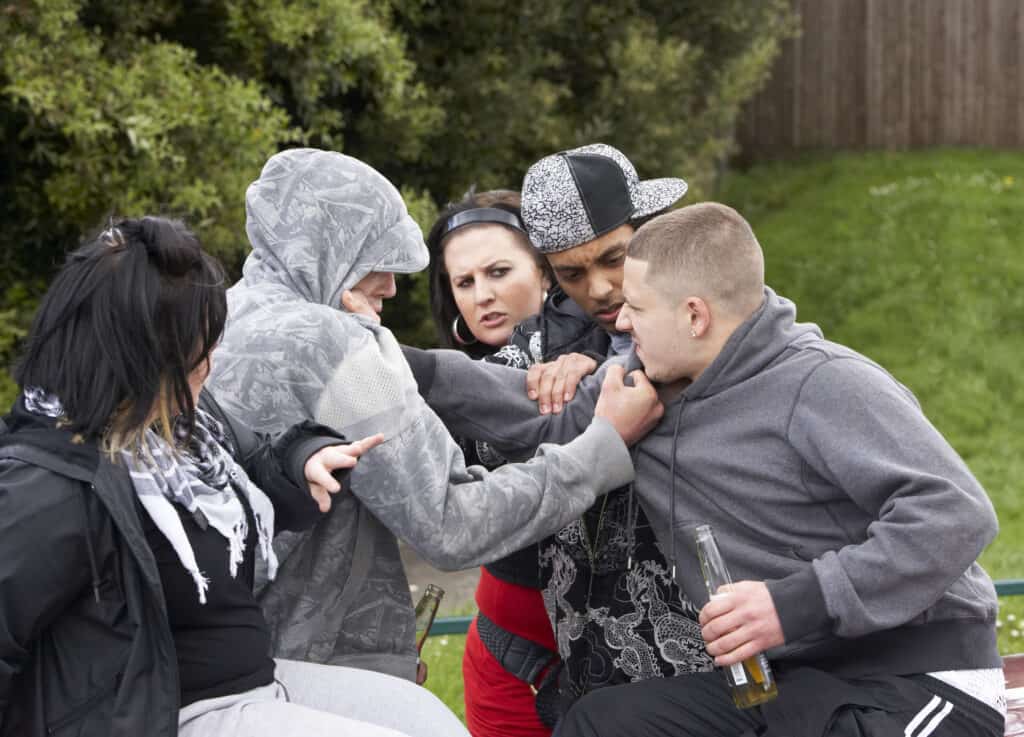 Whether you are getting into martial arts for self-defense or for sport, you often need to learn how to separate what is for sport and what is for self-defense. When it comes to jiu-jitsu there is a big debate on which is more realistic between gi and no-gi jiu-jitsu. After all, it’s not like people are walking around in a BJJ gi on the streets.

The truth is no-gi is not more realistic than traditional BJJ. Though people are not walking around in gis on the street people are wearing clothing and learning how to grapple in clothing can be very effective. That said if you want to be prepared for a real situation it is best to train in both gi and no-gi jiu-jitsu.

People often say that no-gi is more realistic than traditional BJJ because wearing a gi is unrealistic. However, the biggest problem with only learning no-gi for real-life situations is that you are not allowed to grab any clothing in no-gi. Using grips on pants or even sleeves is very realistic.

Why No-Gi Is Not More Realistic For Self-Defense

Like we have already discussed people are not walking around town in jiu-jitsu gis. However, depending on where you live people might actually be wearing something similar to a gi a good portion of the year. This is especially true if you live in an area with long winters and people often wear heavy jackets.

A heavy winter jacket has a lot of similarities to a BJJ gi or a judogi. With that in mind, learning throws, as well as chokes, and other techniques using clothing, are actually quite realistic for self-defense. The same goes for people wearing suits or other similar jackets as well.

In fact, just this weekend I was in my friend’s wedding and while we were getting ready I could not help but think of all the ways you could use a suit in a real-life situation. A cross collar, Ezekiel, and a bow and arrow choke are just a few realistic submissions you could use on someone wearing a suit jacket.

Hopefully, you will never be in a situation that will result in you using jiu-jitsu to protect yourself. And of course, you should always do everything you can to avoid a physical altercation. But sometimes it could be out of your control, so it is best to learn how to protect yourself in multiple situations. One common situation might be with someone wearing something with a collar, sleeves, or at least pants.

My point is that in no-gi you do not grapple using any clothing. Which realistically speaking if you are in a self-defense situation your attacker is likely wearing some sort of clothing. Here is a great and entertaining video from Chewjitsu showing you that you can use other clothing besides a gi against your opponent in jiu-jitsu.

Why Learning No-gi Can Sometimes Be More Realistic

With my whole rant over about why learning to grapple in the gi is realistic, I think the most realistic way to train is by training both gi and no-gi. I don’t think it is good to become 100 percent reliant on using the gi. This is because you might actually have to defend yourself somewhere where people are wearing clothing more similar to what you wear in no-gi.

This could be at the beach with friends or perhaps after you accidentally foul someone at a pickup basketball game. I have actually seen this happen multiple times during a friendly pick-up game at a park. I guess some people can be a little bit too competitive.

Either way, you never know when you are going to need to protect yourself. So it is good to learn how to grapple without the gi as well. There are people who have done BJJ for years and are somewhat lost in no-gi without their gi grips. So if you want to train BJJ for self-defense, then training both in gi and no-gi jiu-jitsu is probably best.

Is No-Gi More Realistic For MMA?

Since MMA fighters do not fight in the gi then focusing on no-gi is more realistic. Like in no-gi jiu-jitsu, mixed martial artists are not allowed to use any clothing in a fight. Though that might not have been the case in the first UFC fights, it is certainly the case today.

The first question that might be raised against this is that training in the gi can actually help your no-gi jiu-jitsu. This is mostly due to the fact that if you can learn escapes in the gi then it is going to be much easier in no-gi. This is because the gi causes more friction and more technique is required to properly escape.

Whether the gi does or does not help no-gi is a topic for another day. What I do want to point out though is that even if it does help it is probably not worth the time. Perhaps it would be worth training in the gi from time to time, but no-gi is more realistic for MMA. So naturally, it should be a higher priority.

Much of what you learn in gi BJJ is going to be unrealistic and a waste of time if your only focus is MMA. Note that I said, if MMA is your only focus, obviously I think training in the gi is useful. But gi chokes, gi grips, throws using the gi, and guards that rely on the gi are not realistic for MMA.

Training in the gi is very useful and realistic. However, MMA fighters have a limited amount of time to devote to each area of their game. So learning gi chokes or practicing your De La Riva Guard is not the best use of your time. Instead, you could be practicing your wrestling or Muay Thai.