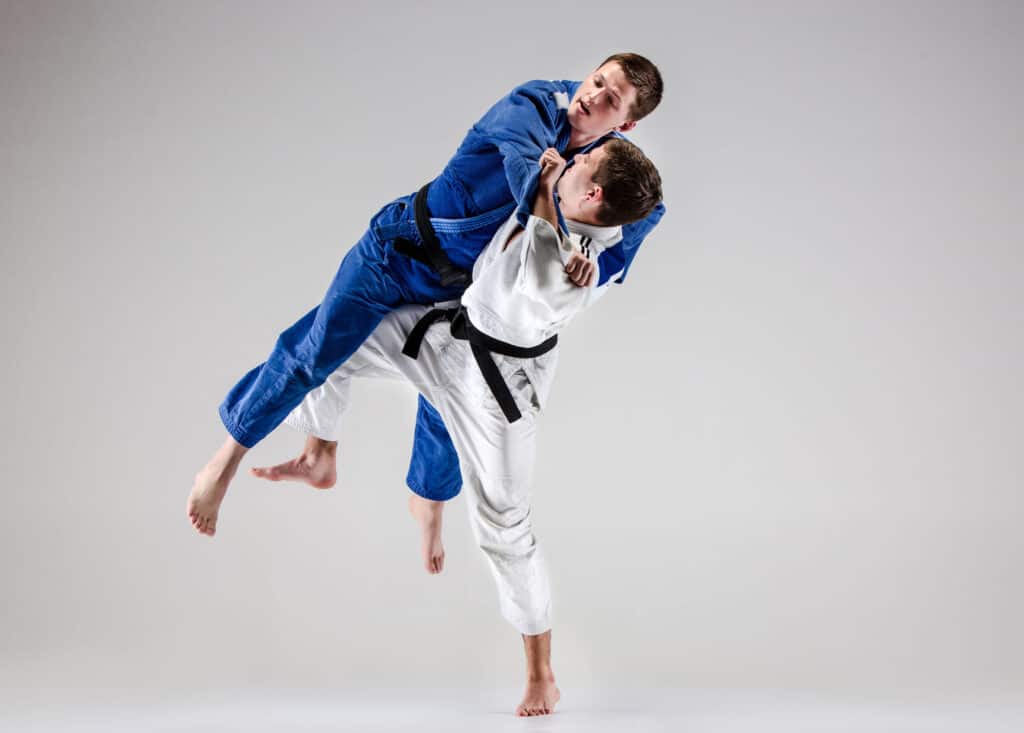 The literal Japanese translation of Judo might be “gentle way,” but that certainly does not mean that Judokas (those who practice Judo) are weak. Judo requires strength and agility, but are Judokas really that strong?

Judokas are strong, as Judo is a skilled form of martial arts that requires Judokas to be physically and mentally strong. They need to be strong to perform the techniques of Judo correctly, but they also need mental discipline to overcome challenges and setbacks and progress in their training.

Read on to find out more about the importance of physical and mental strength for judokas, how to strengthen your body and mind for Judo, and what exactly makes Judokas so strong in the first place.

Judo is one of the most challenging sports around, and Judokas are some of the toughest and strongest athletes. If you need any proof that Judokas are strong, watch a Judo tournament to see how the Judokas throw and grapple their opponent with ease.

The strength of a Judoka goes beyond just the physical, however, as a strong mindset also accompanies their strong muscles. Judokas are strong because not only can they fight, they will always learn from a fight and never give up in the face of a challenge.

Is Physical Strength Really That Important in Judo?

Without proper physical strength, it will be difficult for any Judoka to remain successful and effective in their sport. The conception among some Judokas is that physical strength is not important in Judo and that what matters most is using an opponent’s strength against them while relying on your own strength. But that is not what Judo is about.

Judo is about technique, using an opponent’s strength as your own weapon, and a quick takedown. But without good physical strength, you are going to have a much harder time perfecting your technique and competing in successive tournaments without fatigue or injury.

The fact of the matter is that even if technique in judo is more important than strength, being stronger is only going to help your game. So naturally, if two judokas of equal skill compete the judoka who is in better physical condition will most likely win.

At the end of the day, a judo player will need the strength and technique to send an equally sized opponent flying through the air. In addition, a judo player needs to develop very strong grips to win the battle with their opponent.

Need more evidence that Judo requires good physical strength? Check out some of the amazing moves performed by the Judokas in the video below:

Should Judokas Do Strength Training?

Strength training for Judo is as essential as it is in all other sports. If you are out of shape, it will be difficult for you to perform at your best.

A 1992 study conducted by Renato Manno determined that Judokas have trouble correctly executing throwing techniques, tire much faster, and are much less precise with their movements without proper strength training. What this means is that without good physical strength, Judokas are unable to perform at their peak.

Again, like other sports, without being in proper physical shape, Judokas are much more susceptible to injury. Judo is known for being a physically demanding sport, especially on the muscles and joints. As Judokas must compete year-round, maintaining physical fitness is needed for this continual performance.

In addition to strength training, judokas need to keep up with the other physical aspects of the sport. This would include both cardiovascular conditioning and mobility work. At the end of the day, you want to be in the best physical condition possible.

Judo is a sport that incorporates weight classes. Because of this, a judo player wants to be stronger, leaner, and more physically fit than their opponent.  For more on this check out my article: Will Judo Get You Ripped?

How Can You Develop Your Physical Strength for Judo?

If you want to develop your physical strength for Judo, it is important to focus on training related to the sport itself. In their 2006 study, Blais and Trilles used a specific “Judo training apparatus” that they had devised. But that might not be necessary (or practical – that thing is enormous!)

Continual drills will not only make you stronger, but they will also make you a better Judoka. It is important to practice often so that your body is properly conditioned for takedowns. If you are new to the sport and you do not properly learn to breakfall or keep trying to fight takedowns, you will injure yourself.

There are also various training exercises that you can do in the gym instead of the dojo to help you build the required strength for Judo., which include:

Is Mental Strength Really That Important in Judo?

There is definitely something to be said for the sheer power of mental strength, as the importance of discipline cannot be overemphasized in the sport of judo. You cannot give up at the first sign of failure, and you need to keep practicing your moves over and over again until you get them right. You need to learn from every defeat.

Judokas must be very precise with their moves and their strategies, as well as a keen tactical mind that is able to anticipate what their opponent will be doing, and then instantly adapt for a strong counter-attack. All this requires keen mental strength, so make sure you also work on developing your mental strength for judo as well.

Judokas are strong. However, that strength does not just come from their muscles. Judokas not only need to be able to withstand the physical penalty of an at-times-brutal sport, but they also need to be able to think quickly, adapting their strategies to meet what their opponent is bringing to the fight.

Though technique might be the most important aspect of judo, you should never underestimate the importance of physical strength. World-class judokas are some of the strongest athletes in the world. So if you want to do well in judo then I suggest you do not neglect the weight room.